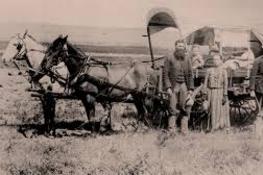 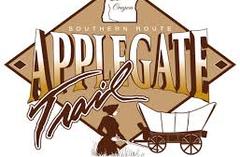 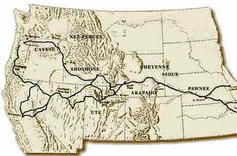 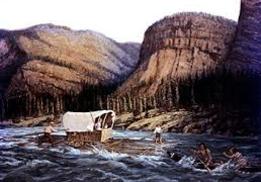 Most rural communities in Oregon and throughout the U.S. have a rich, colorful history.  The community of Sunny Valley is no exception and justly deserves respect and appreciation.

Please take the time to read this short story.  You will not be disappointed!

The Applegate Trail was blazed in 1846 as an alternate, and hopefully a safer, route for settlers to get to Oregon. Three brothers, Lindsay, Jesse, and Charles Applegate and their extended families came to Oregon on the original Oregon Trail during the first major migration in 1843. As the party was rafting through the rapids on the Columbia River just outside The Dalles, one of their rafts capsized in the current and Lindsay's son Warren, age 9, Jesse's son Edward, also age 9, along with Alexander Mac (Uncle Mac, age 70) drowned. This tragedy made the brothers determined to save others similar grief and find a safer route to the Oregon Territory. By the spring of 1846, the brothers had settled in the Willamette Valley of Oregon, planted crops and built cabins, but they were determined to find a safer, more secure route for emigration. They then blazed a southern route back.

On August 9, 1846, a group of as many as 100 wagons set out from Fort Hall, Idaho to cross the new Applegate Trail. The rains had started by the time the wagons reached the Rogue Valley.  Brush and trees made the trail hard to clear, but the men who joined the Applegate Train had to guarantee to do the road building and clearing needed to be done before more travelers could use the trail. Martha Leland Crowley, a young 16 yr. old girl, died of Typhoid Fever on October 18, 1846, while the train was camped in present day Sunny Valley, Oregon. She was buried on the north side of a creek that was then aptly named Grave Creek. A beautiful covered bridge (built in 1920) still spans Grave Creek near her grave. The wagon train continued through the southwestern valleys of Oregon until they reached their final destination in the Willamette Valley. The group had survived much hardship and trouble, but they created a new passage to the Oregon Territory that would be used for many years.

In 1853 alone over 3500 men, women, and children took this route. Today, Interstate 5 and Highway 66 travel the same route. The Applegate was designated a National Historic Trail by the US Congress on August 3, 1992. Known as the southern route of the Oregon Trail, the Applegate Trail provided an alternative for settlers who wanted to avoid the perils of the Columbia River. After nearly 170 years the Applegate Trail endures as the basis for present day town and city sites along with the Oregon's major transportation routes, allowing today’s traveler the opportunity to retrace the steps of Oregon's early trailblazers.